Brian is the Co-Founder and Artistic Director of Revival Theatre Company. During the past 10 years he has directed more than 30 stage productions, earning him high praise for his dynamic and richly layered productions. The Gazette wrote, “Impeccable director Brian Glick allows fine actors with killer voices to explore the themes with equal parts sass and class.” In recent seasons, Brian has directed the midwest premiere of Dogfight and staged the Iowa premieres of White Christmas, Violet and Grey Gardens.  Brian has developed musical pieces in non-traditional spaces, creating intimate and contemporary experiences for the actors and the audience. As a freelance director, Brian has worked on operas, musicals, and plays. Brian produced and directed Side Show as a fundraiser for Families Helping Families and Baby for The Young Parents Network. Most recent credits include: Jim McDonough’s Holiday Grande tour, Victor/Victoria, Parade In Concert, Evita, and Funny Girl with RTC, Amy at the Opus, working with Orchestra Iowa on A Sondheim Cabaret, working on La Boehme, Carmen, Don Giovanni and La Traviata with the Cedar Rapids Opera Theatre. Brian spent nine seasons with Starlighters Theatre as resident director – Forever Plaid, Oliver, Some Enchanted Evening, Last Five Years, My Way, Scrooge, City of Angels, Anything Goes and Honk. The Music Man with Theatre Cedar Rapids & Orchestra Iowa (Collaboration Award Winner) and multiple concerts and fundraisers. Brian has also worked with the Cedar Rapids Follies as a designer and stage manager.   In 2015, Brian was honored to work with The New York Drama League, where he worked with Tony nominated Director, Marcia Milgrom Dodge, Opal with Broadway composer and lyricist Robert Lindsey-Nassif, Academy and First Stage teacher with the Omaha Playhouse. Brian’s strong leadership and vision has caught the attention of industry professionals across the region. Contact: bglick@revivaltheatrecompany.com

Since his arrival from Texas in 2008, Cameron Sullenberger has been living and working in the Cedar Rapids, Iowa area where he has quickly forged a reputation for musical excellence. Performers and students of every age are inspired by his unique and engaging style as a director and teacher.He has been affiliated with numerous recording projects, national broadcasts and musical theater productions in his varied musical career. He is in demand as a singer, pianist, accompanist, adjudicator, musical director, and choral clinician. He is regarded as a leader in the field of choral music at the middle school level where his choirs have been consistently awarded for their superior performances. His love and passion for musical theatre emerged as a young performer and then into adulthood as he performed extensively in musicals and was also involved as a piano conductor for countless shows. He holds a Bachelor’s of Music Education degree with honors in piano and voice from the University of North Texas and a Master of Music Education degree from VanderCook College of Music in Chicago, Illinois. Locally, he has had the opportunity to musically direct Theater Cedar Rapid’s production of Meet Me in St. Louis and was also the director for The Music Man in Concert in partnership with Orchestra Iowa at the Paramount last fall. The last two Christmas seasons has had him busily preparing the singers for Jim McDonaugh’s Holiday Grande. He has also had the chance to musically direct Baby mounted at Dowes Theatre at Coe College, Opal at CSPS, Urinetown at Kennedy High School, and You’re a Good Man Charlie Brown at Harding Middle School. While on the board and acting as Musical Director for Revival Theatre Company, he is also serving in the same capacity at Noelridge Christian Church where he maintains a private vocal studio. He is thrilled for what lies ahead for RTC and wishes to thank all the board members, patrons, performers, supporters and audience members for their unwavering support of this new and exciting venture that is sure to add to the vibrancy and energy of an ever thriving arts community. Contact: csullenberger@revivaltheatrecompany.com 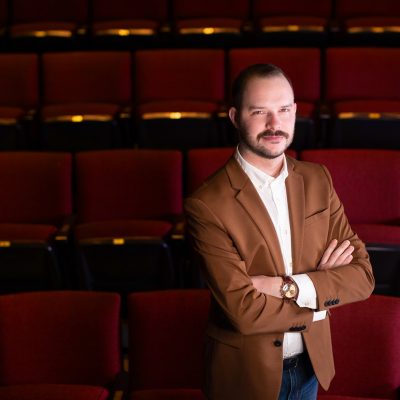 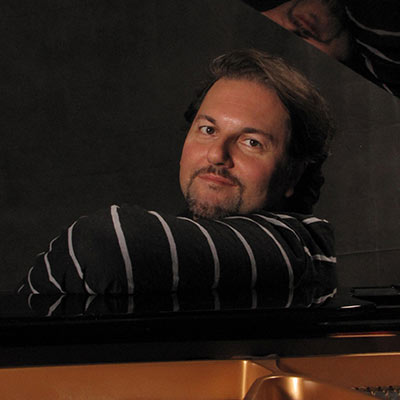